When electricity is supplied to the coil, it opens the closed contacts, closes the open contacts and is responsible for all these works; Besides, electromagnetic switches that can be controlled are called contactors. The opening and closing of the contacts is provided by the contactor coil. In case of using contactor together with thermal relay, devices and systems exhibit a protective structure from possible overload currents. Contactors are used in low voltage systems. The contactor mechanism not only opens and closes the circuit present in its control in normal current, but also undertakes to cut off excessive currents. Contactors, which have the feature of operating in alternating voltage and controlling high voltage and current values, differ from relays with these features.

How to Connect the Contactor?

What are the Important Considerations in Contactor Selection?

– Opening and closing life of contacts

– Current that can be interrupted (lc)

Contactor Selection in AC Motors; Contactor selection is made according to usage areas. Breaking current, opening current and power factor play a determining role in the class of the contactor, in other words whether it will work in AC current or DC current.

Contactor Selection for Ring Induction Motors; When selecting contactors for ring induction motors, stator and rotor circuits are taken into consideration. The stator circuit is selected according to the thermal current, the selection to be made for the rotor circuit, the motor starting, whether there is an intermediate contactor and grounding.

What are the Contactor Types?

Types of contactors according to contactor production and current type, as well as class, are as follows;

Types of contactors according to current type;

Types of contactors according to production status;

Types of contactors according to their classes;

AC2 = Used in motors that draw 2.5 times the rated current.

AC4 = It has the feature of drawing 5.6 times the rated current during start-up in motors in intermittent starts. Contactor contacts perform opening and closing operation.

AC6a = It is used in the commissioning of transformers.

AC7b= It is used in household appliances with low inductive loads. 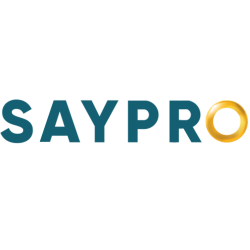 5 Reasons to Use Surge Arrester in Your Factory?